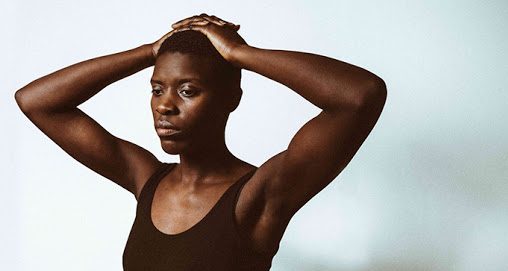 Anna-Maria Nabirye is a multi-disciplinary artist. As a collaborative artist/performer she has co-directed/devised The Scar (multi-screen for HOME, Delfina Foundation) Ruptures (single screen for London Film Festival), Hold Your Ground (Film and Video Umbrella) & The Paper Man (Improbable Theatre).

Her own projects include Motherhoody (with Jess Mabel Jones, The Albany), One Prick At A TIme (with Jess Mabel Jones, Kings College Culture & MRC), Up in Arms (with Annie Saunders produced by Arts Admin), Coming to Our Census? & No Word For A Pier in Lusoga (De La Warr Pavilion), Strong & Wrong (Brighton/Edinburgh Fringe) & AFRORETRO; a creative entity which tells stories of the diaspora through upcycled fashion and textiles; commissioned by Royal Court, V&A, SBC, Brighton Museum and awarded Yinka Shonibare’s Guest PRojects residency.