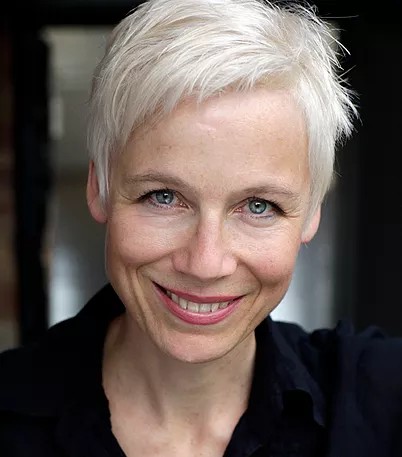 Stefanie is an actress and set and costume designer as well as collaborative director.

Born in Switzerland, she started her career in France and Belgium after attending the international Theatre School Jacques Lecoq in Paris. Stefanie moved to the UK in 1993 when she became a founder members of Hoipolloi Theater for whom she worked as an actress, set and costume designer as well as co-director for over 25 years.

Hoipolloi’s work toured extensively national as well as internationally. She has also been the main collaborator and designer on the award winning productions by Hugh Hughes, a long term associate of Hoipolloi.

Other companies where Stefanie worked as an actress and or designer on numerous occasions include: Menagerie Theatre, NIE, ThisEgg, Company LE 36ème DESSUS, Metis Arts and many others. Her own shows include Prelude To A Coat and Unconditional, a collaboration with her daughter Josie Dale-Jones @ThisEgg.