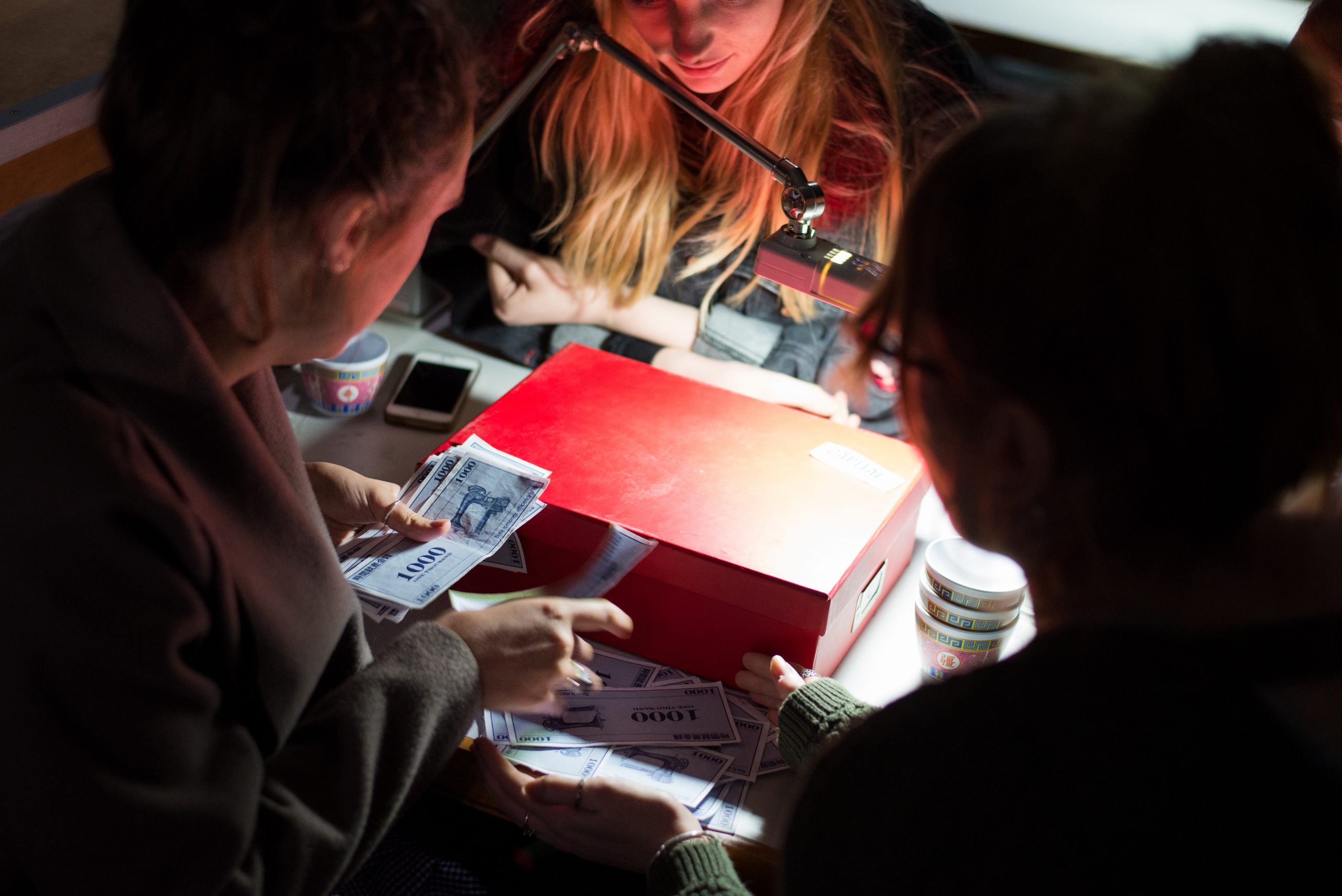 In July 2017, The University of Huddersfield hosted an away day on the ethics of participation using World Factory as the core learning tool. The delegates at the workshop taught various courses at the University including fashion design, making and production, marketing and buying.

In response to the performances of World Factory, the project was commissioned by the AHRC Doctoral Training Programme to create a half day workshop, using the materials and elements of performance, which can travel and be delivered in university seminar rooms as well as theatres. The workshop comprises the scenario based game in a technologically sophisticated theatrical environment. I functions as a‘mini’ version of the performance, and further allows discussion of the issues at stake, which can be orientated to different educational levels and disciplinary interests, ranging from arts and humanities to social sciences to business.

Over three years (2015-18) annual workshops have been held with the AHRC Doctoral Training Programme at the University of Cambridge which have introduced doctoral candidates from multiple disciplines (architecture, education, history, modern languages, English literature, and so on) to practice-led research, and the relationship between research, performance and politics. The workshop has also been delivered in both 2016 and 2017 at Cardiff University to human resource management students from the business management school.