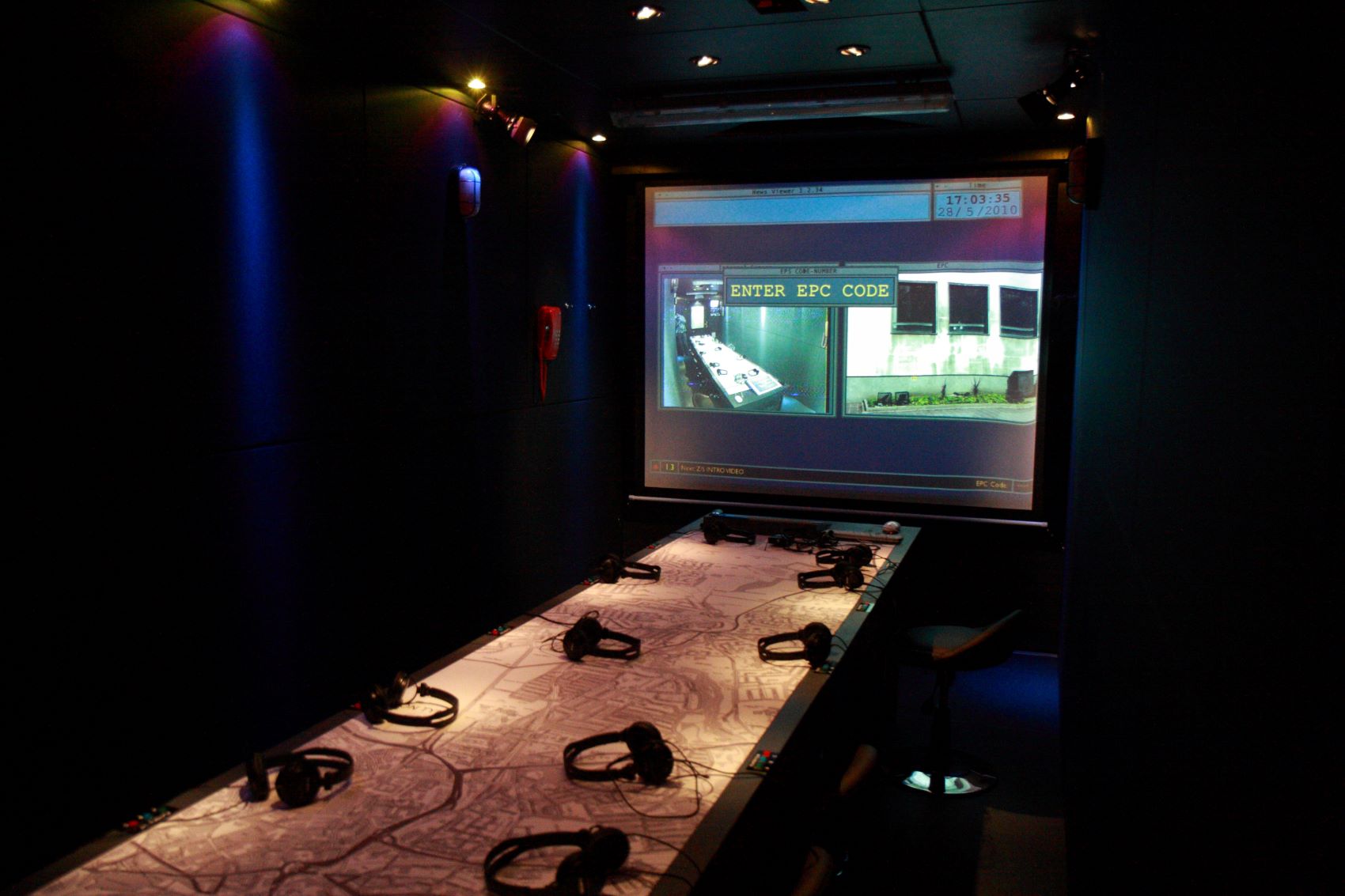 The temperature is rising, the Earth is changing and your city is threatened. How will you respond?

This is a story in which the audience decides what happens next.

3rd Ring Out takes you forward in time to an emergency planning rehearsal set in the future, imagining a world in which nature takes revenge on industrial humanity.

Metis uses live performance, video simulation and interactive computer systems to produce work that responds to contemporary concerns. The result has the immediacy of theatre combined with the thrill of a disaster movie; a fiction rooted in fact.

In 2011 a new version of 3rd Ring Out was presented at the Watford Imagine Festival and at the Edinburgh Fringe Festival, situated on the Grassmarket.

3rd Ring Out has been developed by producer Bill Gee, director/researcher Zoe Svendsen and director/designer Simon Daw. Co-commissioned by Without Walls, Norfolk and Norwich Festival 2010, The Junction Cambridge. Supported by The National Lottery through Arts Council England.

EXPLORE THE RESEARCH BEHIND THE PROJECT

This is a really great idea, the two performers who lead us through the scenario are outstanding, and the mixed-media simulation and X Factor-style voting is neatly handled.