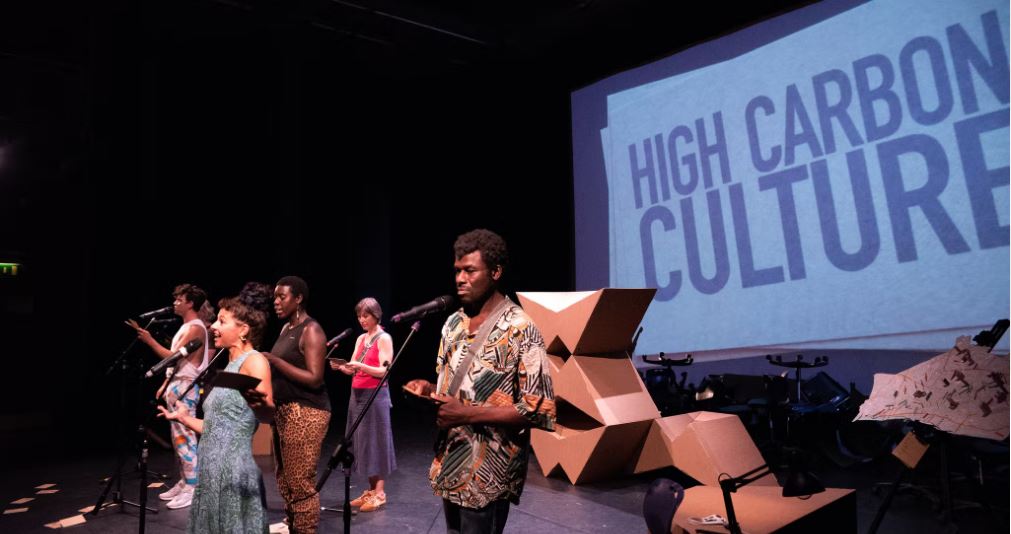 Month-long residency in the Forum Theatre

During a month-long residency at the Wellcome, we explored imagining otherwise with one another. We had intended to remount the show we made at Cambridge Junction last year. However, it became clear that divergent relationships to care and imagining split the team to forcefully for us to continue as originally planned. Instead, we created a drop-in installation that presented a living archive of imagining from all the iterations of the project so far. This formed the backdrop for talks with researchers and for workshops with Year 12 performing arts students, all centred on imagining positive, alternative futures, based on global equity and inclusive for all.

Click on the image below to read our statement about imagining otherwise in a time of crisis. Below that you will find a link to a manifesto for inclusive imagining, emerging out of the experience of the Wellcome residency. Scroll down further for more information on events and credits for this phase of the project. 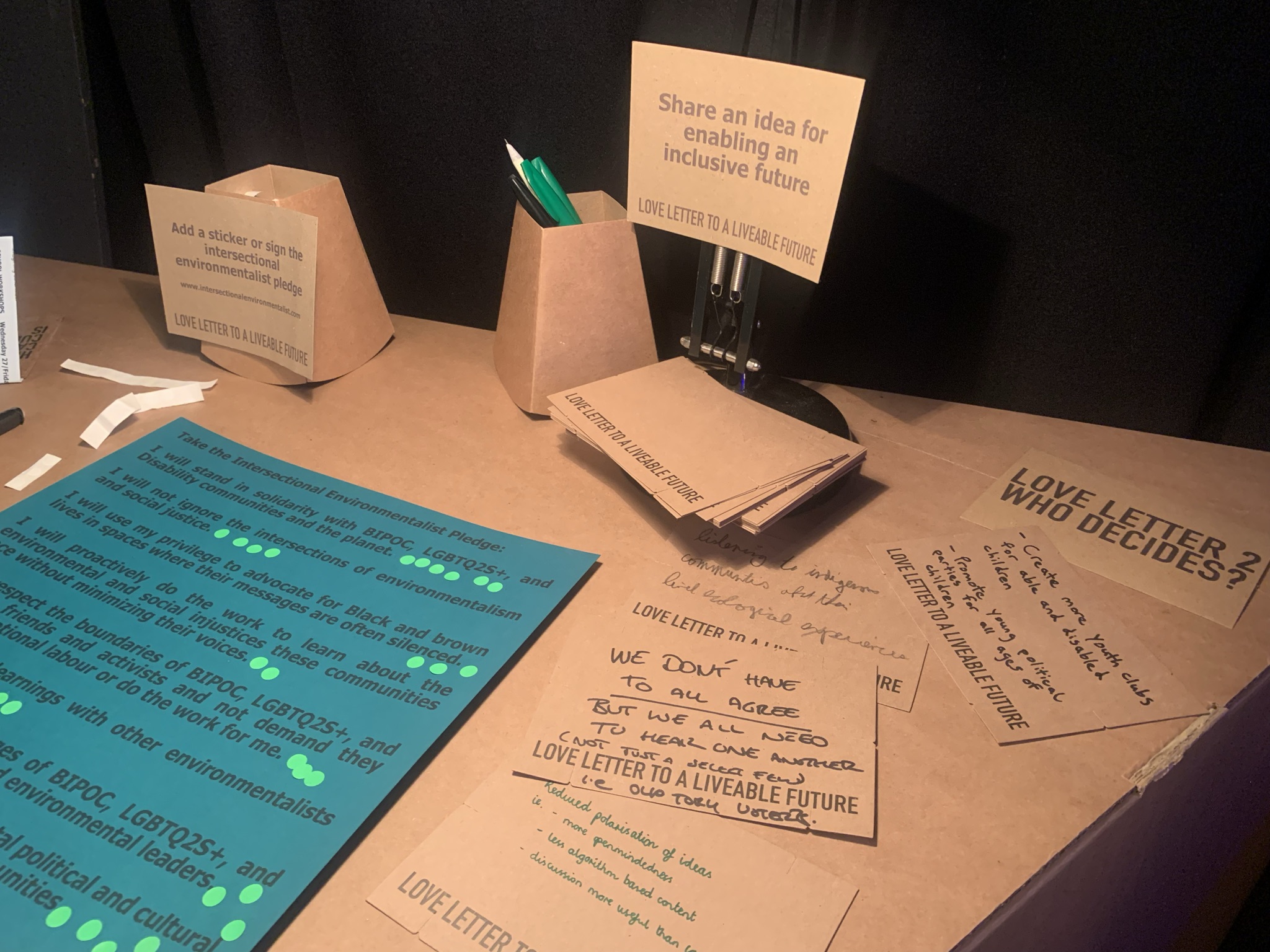 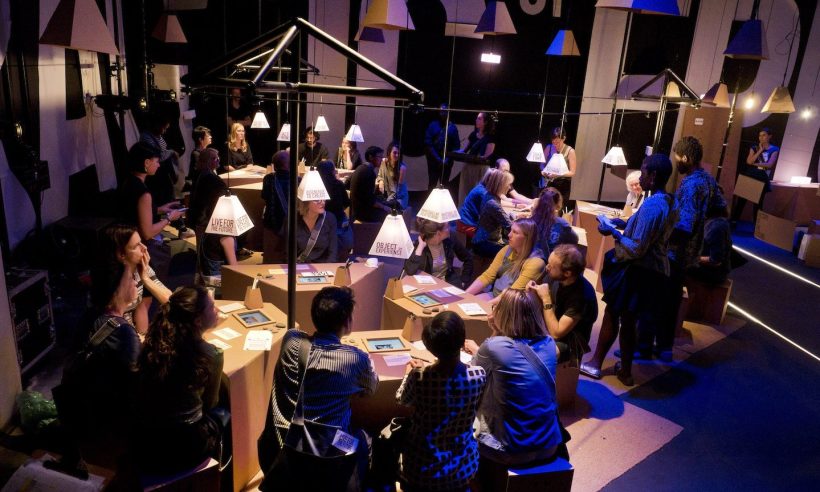 backstory to the future

“At Wellcome Collection, we look for new ways to connect, dream, and think about our changing relationships with each other and build a healthier world together. We know that some of the best research is that which places human experience at its core. METIS will use their innovative processes to create a work which transforms itself over time and with the public at the heart of that journey.”

MEET THE TEAM BEHIND LOVE LETTERS

Love Letters to a Liveable Future was originally commissioned by Cambridge Junction through Season for Change, a UK-wide cultural programme inspiring urgent and inclusive action on climate change, led by Artsadmin and Julie’s Bicycle, funded by Arts Council England and Paul Hamlyn Foundation. Developed through a Homemakers commission. Produced by Artsadmin.

An evolution of ideas